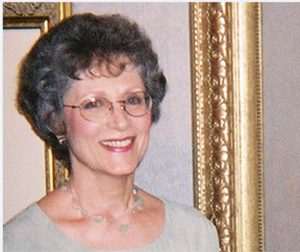 For as long as she can remember, Trilby has had a fascination with faces. When she was a little girl, her favorite pastime was drawing pictures of the celebrity faces she found in magazines. Recognition for her artwork came early, when in grade school she won an award in a nationally sponsored art contest. As she demonstrated an unusual talent for drawing at an early age, Trilby commenced the formal study of art when she was 11, traveling from her home in the New York suburbs to attend Life Drawing classes at Traphagen School of Art in New York City. In high school she was Art Editor of her school newspaper. Trilby continued her art training throughout high school, studying oil and charcoal portraiture locally. She went on to major in art at Boston University and the University of Texas. She also studied for a summer at Parsons School of Design in New York City.

After college, Trilby left art to work in the business world for many years. In 1979 she began the study of pastel portraiture in Houston, Texas, with well-known artists Fran May and then, Mary Price. She furthered her studies with internationally recognized artists Daniel Greene and Lajos Markos. In 1985 Trilby commenced her career as a full-time portrait artist; and in the late 1980’s she relocated to Atlanta, Georgia.

Trilby quickly established herself in her new location and, since arriving, has painted hundreds of portraits in her Atlanta studio. Many of these portraits have been done as a result of referrals from previous clients. Her portraits are also in collections nationwide. She is a nationally known award-winning artist. The Pastel Journal Magazine has published her portraits five different times as one of their “Pastel 100” winners, the most recent awards being shown in the April 2018 and April 2019 issues of the magazine. In 2009 Kennedy Publishing published her work in the book, “Best of America Pastel Artists, Volume II”. One of her portraits is also on the cover of the book. At the end of 2014 one of her portraits was published by North Light Books in the book, “Art Journey: People”, which showcases the “best portrait paintings being done by today’s contemporary artists.” Trilby has attained the status of “Member of Excellence” in the Southeastern Pastel Society and “Member of Merit” in the Portrait Society of Atlanta. She has won numerous awards in both organizations, as well as the Portrait Society of America. In 2014 she achieved “Master Circle” status with the International Association of Pastel Societies (IAPS), an organization comprised of pastel societies in the United States and throughout the world.

Trilby is particularly well known for her children’s portraits. Her work is valued for its beauty, sensitivity and for her unusual ability to capture likeness. She strives to create a compelling portrait and an exquisite work of art that her clients will cherish forever.

For purchase or commission, please contact the artist directly: